Some of you brothers are being called Oreos, Bounties and coconuts by sistas within your own ethnic group. This verbal practise can be the precipice of hypergamy, you may get traded midseason, mid game for a more rugged man. It can also be a form of negging from the side of a female where she tries to get you on your feelings on self because she doesn’t know how to openly express her deep interest in you.

I have also been called this by lizards quite a few times but for me, they may be trying to test my caliber and mineral disposition. I remember one lizard calling me that and saying that she expected me to be ‘boo’d’ up with some freckled lizard with bright ginger hair. I laughed..later on that week I was inside in her, stroking those walls. This was her negging comment to a deep attraction to me upon seeing me.
I also had a lizard last year tell me that her friends would say ‘I sounded white’. I laughed at this and said if her friends came with me to my homeland, they would be the ‘whitest’ things there, both in sound and behaviour, no matter how hood they thought they were. Again, this was probably a test on her side as afterwards in the parking lot, I was grasping her cakes brazenly as we said goodbyes, like a baker kneading dough for a Russian wedding.

However, for some of the brothers, sadly, this is no test but more like a ‘Get the fcuk out of my face wid yo tired ass’ statement. That’s fine. She wasn’t for you anyway and better you know up front before you buy the car and have it annoy you through your entire lease period.

Here is the hack: Go for a coconut lizard. A coconut lizard is a black lizard who acts white on outside. Yea she looks black but she grew up amongst whites and has the exact same behaviour as a white lizard. She has had to ignore her racial definition to fit in and this is obvious in her behaviour. I have had immense success with this group. I have been with coconuts to the point that I only know they are black when I actually touch them or look at them. Coconut sistas are non confrontational, in my experience and are culturally diverse. You will experience different things them to a point where she actually knows very little about ‘western black culture’. She will resemble Issa Rae and will actually stick out in a black event awkwardly, like a lizard in a Max Groucho mask at a Miss Universe contest. 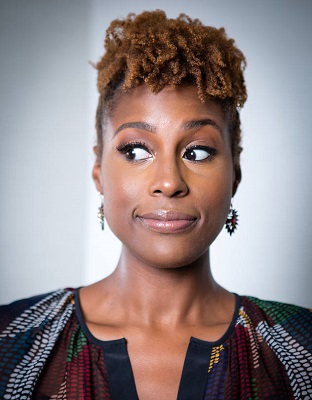 In my experience, a coconut lizard will actually use me as a pass into black culture. Because of my demeanour, she can now attend those ‘awkward’ black events since I serve as a mark of validation for her. I remember being invited to a house party thrown by a Jamaican lizard by my coconut. When a really popular tune is played, Jamaicans or those enamoured by the Jamaican culture have a tendency to raise their hands in their air pointing their finger to the sky in a gun symbol and saying “Brap, brap” or “Bup bup”. I am familiar with this and I also do this.
A hot tune came on, I raised my hand up in synchronisation with the other patrons of the house event. I saw my lizard looking awkward and she asked me a little later on:
“Why is everyone doing that?”

Her black cultural innocence aroused me immensely and I gave her a vicious backshot that night when we got home as a reward.
She said “Oh my gosh, you black guys have a lot of stamina” which suggested that I may have been her first…black man.

So the hack in summary is, find a coconut. You will have a lot of fun. The only drawback to coconuts is that they are usually non-existent cooks and you will either have to teach her, cook for the both of you or start ordering in food.