In the news over the last few years, I have noticed an increase in the amount of female teachers sleeping with young boys in high school.

I am not a psychologist and wouldn’t know where to begin with this sick trend. However, I did notice the majority of the “victims” had just started high school and a few of them were even in middle school. These boys had just started puberty and these teachers obviously found the scent of these boys too strong to resist.

What would make a teacher do this? Some of these women were even married and had boyfriends, who stuck by them after they had been exposed.
.
Almost all the women were white, but the identity of the “victims” was not disclosed due to them being underage.

The most famous case was Mary Kay Letourneau, who was a 34 year old married teacher that had an “affair” with a 13 year old boy. She was unhappily married at the time and her husband found out, reporting her to the police. She was arrested on rape charges and served time.

However, she ended up having two children with the boy she had an affair with. The boy named Fualaau is of Polynesian descent.

Number 2 on the list linked below is Debra Lafave, who was 23 at the time that she started sexual relations with a 14 year old. Lafave is an attractive blonde who had done some modelling work before she went into teaching.
She was arrested on four counts of lewd and lascivious behaviour but lucckily for her, the judge deemed her too pretty to serve time in prison. She ended up doing house arrest. 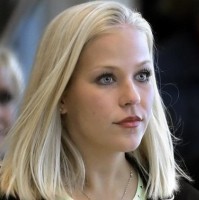 I did a bit of research into the middle school Ms Lafave teached at in Florida, it seems that the student population is 60% black, so I suspect the “victim” was probably black.
She was married at the time, but her white husband left her after the scandal. A recent news article stated she was pregnant and had changed her last name to Beasley.

Another story I came across, was a teacher named Tanya Ramirez. This lady slept with a 17 year old black student and even appeared on the Dr Phil show with the “victim”.
I am not sure why she would put herself on a national syndicated TV show to expose herself.
The boy said he went to her house late one night when he was drunk, while his friend was in the car waiting on him. He even had pictures on his cellphone to prove the sex act took place.

Ms Ramirez is now suing the kid after the video was made public, saying that it made the boy more popular and he was even named homecoming King.
A woman scorned is a dangerous animal to deal with.

Another white female, 40 year old Shawnetta Reece was arrested a second time for indecent sex acts with minors. Again Ms Reece is an attractive blonde who wouldn’t have trouble scoring a date in most towns across America.

The question has to be asked, what causes these women to commit these crimes? Is it some childhood trauma they suffered or is it the fact that the scent of these young boys with their high amounts of Testosterone is too much for these women to resist?

I am sure these are not isolated cases, these are the ones that get reported.

I wonder why these women are not called pedophiles? Is that a title only reserved for men?

Being in the game for so long, I don’t put anything past women.

Women will risk anything for love and their desires. Taboo sex very much arouses white women who hate to live in the confines of what society deems appropriate behaviour for them.

As a man of colour, I realized a long time ago that just being black is all these women want (Rudebwoy).

Kevin Hart gets exploited in the marriage game