Why I left Europe and moved to America

Creature comforts are greater in North America. Your money goes further. Canada is more expensive than America but there are a lot of services one can enjoy there, at a nominal cost. It gets even better in the United States, they have prices for services that boggle my mind. The flipside with North America which starts in Canada and increases astronomically in the US is that they have people constantly trying to upsell you one service or the other. They have affordable gyms with swimming pools that are cleaner than what I experienced in England (my friend’s mum stopped going swimming at the local recreation centre after she saw a piece of shyt floating down below – nasty Brits!) Speaking of England, one received housing benefits, unemployment benefits to help with the cost of living. You also could fly into different European countries with some great deals. One of my friends enjoyed flying into random European countries just for a change and he flew to Bulgaria for about 40 pounds return. You can’t beat that. I used to poke a Dane and although I never went to Denmark, she used to fly back and forth from Denmark for about 35 pounds. Ryanair was an airline of choice although to date, I am not sure what airline offers the best deals.

Western Europe (I have never lived in or even been to Eastern Europe as of yet) covers you in terms of health and you don’t pay for things like medical care. The NHS seems to be getting worse and many people complained about the system being overloaded which probably lead to some of the reasons why a majority voted for Brexit. Canada is the best of both worlds. For those in Europe who speak about the danger of getting clobbered by expensive medical bills in the USA, healthcare is absolutely free in Canada. You don’t see any medical bill. Food is actually better in Europe. At a glance, it seems that there isn’t the same variety you get in North America which is true, but there is much more red tape in terms of how one is allowed to modify food in North America. In Europe, what you see you is what you get. As a result, people in general are far less fatter and far more fitter. This is to do primarily with food although the lower levels of exercise in general doesn’t do one any favours.

The USA is a land of extremes so the desires of people to be super healthy or obsessively is met by an industry which isn’t there in the first place, sprouts up by the driving force of capitalism. This means there is a lot of knowledge on getting built, ripped or optimising athletic performance. You can even find lizards dedicated to the cause. I have seen many lizards with amazing bodies due to the time put in in the gym. Some of them use Dr Miami to help round off the hard work.

The earning potential is greater. They pay you a lot more in the US. Due to it being driven by capitalism, money is the bottom line to many things. Due to that, capitalism surpasses racism in certain aspects when it comes to being hired or a business practice. The glass ceiling is thus higher than in European countries.

From a black exploitation perspective, the black spending dollar in North America is a huge resource to be tapped into and if you are someone that can potentially tap into that, companies will happily jump on board whatever you propose to tap into that, if it makes financial sense. Their interest will only be sustained as long as one makes financial sense. In Europe and England in particular, existing traditions and the socialism culture means that you are not going to buck the status quo. There is less fluidity in terms of moving through positions and race will play a factor but in more of a subtle sense. Again, none of these statements are written in stone. It is possible to do very well in either of the countries regardless of what your preference is. I know people who have experienced both cultures and have taken their pick and are happy with it. There is no such thing as a utopia on Earth per se, one just has to really know what they are interested in and go for it.

Also, if you like black lizards, outside of Africa, your best bet is the USA. In some cities, your best bet is actually black lizards, they look better than their counterparts. There are certain cities where they are gagging for a half decent man and you can bury your wood in one with alarming ease. If you tick the right boxes, you will be amazed at penetration. I remember dating one with very little behind me. I had no vehicle and she was driving. We met at a club and we danced. I was tentative and generally hands off. We both had a decent amount to drink and she beckoned me to kiss her. I did. Eventually, she asked me where I lived so she could drop me off. At my place, I was kissing her and pulling at her garments. “Are you sure this is right?” she asked. I nodded in accordance and rolled on some protection onto my willie. I spun her around so I could hit it from the back and pressed into the wrong hole. “Oh, wow, anal” she said, quite casually which implied that she wasn’t above getting her rectum wrecked by a foreigner on the first night. Some of my friends say that black lizards don’t put out as readily as white lizards, they haven’t met or figured out the formula for black (or other races for that matter). Even my friends in the UK were running trains on a demographic that I consider in my experience to be the hardest, the South Asian lizard (Indians, Pakistanis etc). However, they were in an area where the lizards were isolated from the critical eye of their caste and thus were free to do the nasty with whom, whenever.  Depending on one’s taste, you can go to cities where it’s an even mix or other cities where white lizards are the best and the black strain is poor. You can also do well in the English speaking Caribbean which is a stone’s throw from North America but the ease of lay for black isn’t as easy in the English speaking countries. There is something about the culture of English, mainly from the British that makes sex a bit of an ordeal and a guilt thing at times. However, you can capitalise on your foreigner value and a lot of guys hit a lot of North American lizards on holiday who let their dress down once leaving their respective countries (USA and Canada). 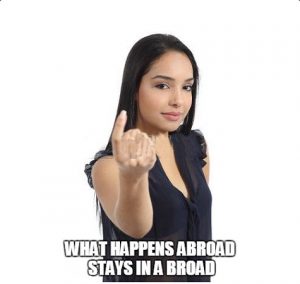 Latin countries are much easier and the black lizards there are even easier since due to the legacy of racism, lighter is valued and black is left by the wayside. The only caveat with the Latin countries is that one must learn Spanish.

Now the flipside to North America is that the lizards don’t make for good long term partners. It’s not a black thing, it’s all lizards which unfortunately contributes to the reason why the divorce rate is at 50 percent across the board. Black lizards aren’t to blame since sadly many of them never even get married. It’s not impossible to find a quality lizard of course, there is no place on the planet where such things are impossible. However, one has to consider local culture and the ease of certain accomplishments. I came to North America light, without prejudice and looking to have fun. All these considerations depend on local of course but I’ve found it much easier (guilt-wise) to pump and dump these sloots. It’s not too hard to read into their BS and assess their low value. They make for sexually fun partners (which was really one of my main driving points to coming here) so I am not complaining.  But for those of you made of less stern mettle and looking for something more substantial, this cold truth may annoy and dismay you. So be warned.

For other races there is a formula. Once you crack it and memorise the script, you can get a lot of poosy. North America is very formulaic. It can be annoying for those who get tired of the trite predictable dialogue that they come across but it’s really about bulk movement.

When it comes to landscape, job opportunities and way of living including lizards and types of lizards, North America gives you options. Even Canada which appears barren in comparison has a significant amount of range and variety. If anyone tells you otherwise, think critically, the problem could lie within the person and their circle relaying such stories. the problem is a lot of guys are very unimaginative. Job wise, your options may be more limited in terms of relocation unless you are in a growing and skillset with high demand such as within the IT field for instance or something that doesn’t require you to work in a physical location. If you manage to secure something where you work online, in which the jobs are quite vast, the continent is your oyster.

It’s better to leverage the huge population in North America especially if you live in America and find a way to leverage the Internet into marketing whatever wares or services that you can develop a niche for. North America is better for business hence it being a capitalist. It can seem cutthroat but unfortunately that’s the drawback to capitalism. If you want a steady job until retirement, you would be better off moving to a European country with a good economy where big countries don’t turnover their workforce as readily. In North America, you should be evolving and ready to land on your feet with something else new. With that being said, that’s why it seems to favour the young or those with nimble, agile minds.

So to summarise, Moma moved to North America for a wider range of black poosy and business opportunities AS A BLACK MAN. For that, I don’t think it can be beat.

Drop questions or comments below!

There is Nothing Racist About Having a Sexual Racial Preference!